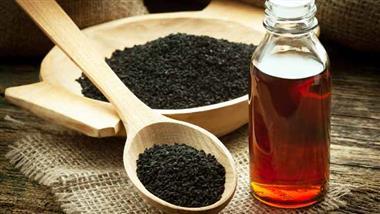 This article was previously published July 12, 2018, and has been updated with new information.

The use of medicinal plants to help treat various diseases is a practice that’s as old as mankind. For example, the Egyptian medical book known as the Ebers Papyrus, written in 1550 B.C., details the use of 700 different plant species for therapeutic purposes. Mentioned plants include pomegranate, garlic, willow, coriander, juniper and onion. During the 7th century, Slavic people used cucumber, nettle and yarrow to help fight against various insect bites.1

Another example that has stood the test of time is black seed, which comes from the Nigella sativa (N. sativa) plant. In Indian Ayurveda and Unani traditional medicine, black seed figures greatly in their practice. For Muslims, black seed is known as the “Habbatul barakah” or the blessed seed. In fact, it is believed that the prophet Mohammed considered it to be a “remedy for all diseases except death.”2 One of black seed’s most popular applications is as an herbal oil.

There is sometimes some confusion between the terms “black cumin,” “cumin,” and “black seed,” and there are instances when these are used interchangeably. But these are different plants. What makes it even more confusing is that black seed oil is sometimes called “black cumin seed oil.”

But “black cumin” actually refers to Bunium bulbocastanum, and is not same as black seed or the N. sativa plant.

Plenty of research has been conducted regarding the potential benefit of black seed oil. Here are some of the most notable ones:

The N. sativa plant has been used for medicinal purposes for centuries. According to the Asian Pacific Journal of Tropical Biomedicine, its seeds and the oil were historically used to treat various disorders pertaining to the following areas:11

Culinary uses of black seed oil include drizzling over salads and adding to juices or shakes. It can be taken on its own by consuming a teaspoon of it. When used for eating, remember that you should not cook the oil because heat may damage the valuable compounds.12

Black seed oil can be diffused to help with asthma attacks. A study published in the Saudi Pharmaceutical Journal notes that black seeds contain anti-inflammatory properties that show promising results against asthma inflammation.13

The Composition of Black Seed Oil

Scientists have been able to isolate the various active compounds that make up black seed oil. Chief among them include:14

According to published in vitro tests, thymoquinone (often shortened to TQ) is considered a potent antioxidant. A study in Drug and Chemical Toxicology notes that TQ may be helpful in eliminating superoxide anions.15 Another study indicates that alpha-hederin, a pentacyclic triterpene saponin, has been reported to have strong potential in fighting tumor growth.16 Black seeds are also rich in various unsaturated fatty acids, including:17

How to Make Black Seed Oil at Home

Making homemade black seed oil is a great way of obtaining the benefits while avoiding the problems that come with commercially made oils. This also means that your stock is always fresh, since you can always make the oil whenever the need arises. The only things you need are an oil press machine and organic black seeds. Once you have both, follow this procedure:18

1.Clean and dry the black seeds to ensure that you get a pure oil.

2.Clean the oil press machine thoroughly to prevent contaminants from getting into the final product.

3.Place the oil bottle in the receptacle, as well as a container to catch the waste from the seeds.

4.Heat up the machine according to the manufacturer’s instructions, then place the seeds into the funnel.

5.Turn on the machine, then allow it to extract the oil from the seeds.

6.Continue the process until your container is full.

7.Leave the oil to sit in a warm, dry place then allow the remnants to settle at the bottom of the bottle.

How Does Black Seed Oil Work?

Black seed oil contains different fatty acids, nutrients and active compounds that work together to benefit your health. Several studies have looked into how black seeds oil work and discovered that TQ plays a crucial role in its health benefits.

In one example published in BMC Complementary and Alternative Medicine, TQ was tested against 11 human pathogenic bacteria strains. Researchers were able to observe that TQ exhibited significant antibacterial activity, especially against Staphylococcus aureus ATCC 25923.19 In another study, TQ has been found to be effective in fighting against fungi, most notably Candida albicans strain.20

Other studies have examined the cancer-fighting abilities of TQ. Researchers found that it induced a growth inhibition and apoptosis in human osteosarcoma cells,21 as well as cytotoxicity in human cervical squamous carcinoma cells.22

While black seed oil may potentially benefit your health, it is not without its own side effects. A study published in Phytotherapy Research notes that topical application caused contact dermatitis in two persons. However, no adverse effects have been reported regarding internal use.23

Pregnant women may consume real black seeds as part of a healthy diet, but high doses for therapeutic applications are generally not recommended, as it may slow down or stop the uterus from contracting. Likewise, breastfeeding mothers are advised to avoid black seed oil, as there’s not much information about its effects on you and your child’s health.

Go Ahead and Give Black Seed Oil a Try

Based on published studies, as well as thousands of years of history, it’s safe to say that black seed oil may potentially benefit your health in various ways. If you want to try it, remember that it should not be heated or you will risk damaging the beneficial compounds. Furthermore, try making your own black seed oil at home to ensure freshness at all times if you have the resources to do so.

Q: Does the linoleic acid content in black seed oil cause problems?

A: While excess linoleic acid (LA) should be avoided, there is relatively small amount of LA in black seed oil. This is because it is being used as a supplement. It you limit your serving size to 1 teaspoon you will only get 1.7 grams of LA. However, higher doses, especially if regularly used, should be avoided as this will likely lead to excess oxidative stress.

Q: What is black seed oil good for?

A: Based on numerous studies, black seed oil may help in various ways such as fighting microbes, managing inflammation promoting healthy blood pressure.

Q: Where can you buy black seed oil?

A: Black seed oil can be purchased online. However, what’s more important is to thoroughly review the product you’re buying and make sure it’s made from high-quality ingredients by a reputable company.