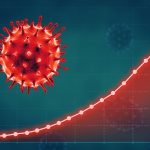 (NaturalHealth365)  It wasn’t too long ago that questioning the accuracy of the reported number of COVID cases and deaths was considered misinformation and that distinguishing between dying with COVID vs. dying from COVID was worthy of de-platforming.

But now, two of America’s three-letter bigwigs face a potential grand jury investigation for what some lawmakers say is a misleading attempt to manipulate the public and commit an egregious “double-standard” of COVID-19 data collection.  A statistical manipulation that didn’t take into account the number of chronic health conditions many “victims” of COVID-19 had at their time of death.

According to Just the News, the U.S. Food and Drug Administration (FDA) and U.S. Centers for Disease Control and Prevention (CDC) are facing potential litigation from a federal grand jury for violating federal law and distorting COVID-19 figures early in the pandemic to justify lockdowns and other extreme mitigation policies.

Oregon State Senators, Kim Thatcher and Dennis Linthicum petitioned U.S. Attorney Scott Asphaug to approve the formal investigation.  According to the senators, “public health policy must be based upon accurate and independently verifiable data to optimize outcomes and strengthen the public’s trust in the people leading them through this crisis.”

Concerns about the accuracy and ethical nature behind official case/death reporting were raised by many early on for several reasons.

First, the CDC reportedly instructed mortality data collectors to report COVID-19 as the “cause” of death.  National Vital Statistics System told mortality data compilers to emphasize COVID-19 as the “cause” of death.  Never mind that doing so is in contrast to federal guidelines, which historically have called for infectious diseases to be listed as a “contributing factor to death” in people who have existing health conditions – which, as we know now, is the VAST majority of people who have died with a COVID positive diagnosis.

Do NOT ignore the health dangers linked to toxic indoor air.  These chemicals – the ‘off-gassing’ of paints, mattresses, carpets and other home/office building materials – increase your risk of nasal congestion, fatigue, poor sleep, skin issues plus many other health issues.

Get the BEST indoor air purification system – at the LOWEST price, exclusively for NaturalHealth365 readers.  I, personally use this system in my home AND office.  Click HERE to order now – before the sale ends.

Second, the CDC and FDA originally advised a high cycle threshold for PCR testing, which is well known to produce fake positive test results.  “It has been proven,” petitioners write, “that the current COVID RT-PCR tests, set to a cycle threshold (Ct) of 40 by the FDA and CDC, generate false positive results due to the Ct value being set too high.”

Add the incessant and morbid daily case and death count tallies blasting all over social media, along with the suppression of early and alternative treatments, and you have what the Oregon senators say was a recipe for fear and alarmist, reactive countermeasures to the pandemic.

Speaking to Just the News, Senator Thatcher added that the exorbitant restrictions in Oregon – consequences of which have included increased rates of child and domestic abuse, mental health, substance abuse, and suicide – became all the more suspect as the overwhelming survivability of COVID-19 (even among people considered “high risk”) became more and more obvious as the pandemic wore on.

The petition was initially filed in August of last year.  However, the release of materials brought forth with the petition was delayed to allow the team from Stand for Health Freedom, a holistic medicine nonprofit organization driving the litigation, to ensure their information was as accurate as possible, given the severity of wrongdoing that the federal government is being accused of now.

Today, even the mainstream media acknowledge that the CDC “overestimated” the actual number of pediatric COVID deaths and has since issued a “correction.”  This makes one wonder:

Will the “conspiracy theorists” who predicted these exacted issues ever get a formal apology from Big Tech and government officials?

Sources for this article include: