Do Lockdowns Work? Well of course they do! Maybe not.

At least that is what this article ,published in The Wall  street Journal says

The Failed Experiment of Covid Lockdowns 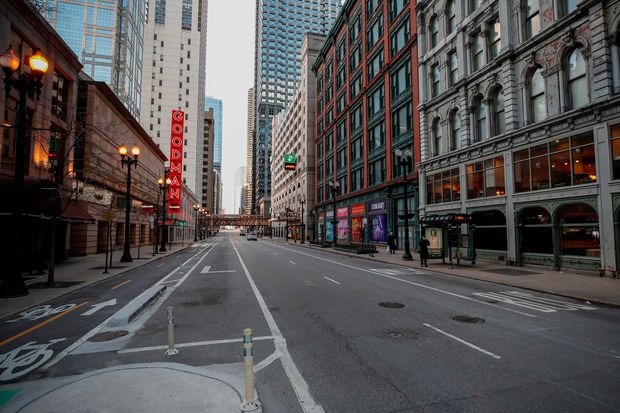 TrendMacro, my analytics firm, tallied the cumulative number of reported cases of Covid-19 in each state and the District of Columbia as a percentage of population, based on data from state and local health departments aggregated by the Covid Tracking Project. We then compared that with the timing and intensity of the lockdown in each jurisdiction. That is measured not by the mandates put in place by government officials, but rather by observing what people in each jurisdiction actually did, along with their baseline behavior before the lockdowns. This is captured in highly detailed anonymized cellphone tracking data provided by Google and others and tabulated by the University of Maryland’s Transportation Institute into a “Social Distancing Index.”

Measuring from the start of the year to each state’s point of maximum lockdown—which range from April 5 to April 18—it turns out that lockdowns correlated with a greater spread of the virus. States with longer, stricter lockdowns also had larger Covid outbreaks. The five places with the harshest lockdowns—the District of Columbia, New York, Michigan, New Jersey and Massachusetts—had the heaviest caseloads.

It could be that strict lockdowns were imposed as a response to already severe outbreaks. But the surprising negative correlation, while statistically weak, persists even when excluding states with the heaviest caseloads. And it makes no difference if the analysis includes other potential explanatory factors such as population density, age, ethnicity, prevalence of nursing homes, general health or temperature. The only factor that seems to make a demonstrable difference is the intensity of mass-transit use.

We ran the experiment a second time to observe the effects on caseloads of the reopening that began in mid-April. We used the same methodology, but started from each state’s peak of lockdown and extended to July 31. Confirming the first experiment, there was a tendency (though fairly weak) for states that opened up the most to have the lightest caseloads. The states that had the big summer flare-ups in the so-called “Sunbelt second wave”—Arizona, California, Florida and Texas—are by no means the most opened up, politicized headlines notwithstanding.

The lesson is not that lockdowns made the spread of Covid-19 worse—although the raw evidence might suggest that—but that lockdowns probably didn’t help, and opening up didn’t hurt. This defies common sense. In theory, the spread of an infectious disease ought to be controllable by quarantine. Evidently not in practice, though we are aware of no researcher who understands why not.

We’re not the only researchers to have discovered this statistical relationship. We first published a version of these findings in April, around the same time similar findings appeared in these pages. In July, a publication of the Lancet published research that found similar results looking across countries rather than U.S. states. “A longer time prior to implementation of any lockdown was associated with a lower number of detected cases,” the study concludes. Those findings have now been enhanced by sophisticated measures of actual social distancing, and data from the reopening phase.

There are experimental controls that all this research lacks. There are no observable instances in which there were either total lockdowns or no lockdowns at all. But there’s no escaping the evidence that, at minimum, heavy lockdowns were no more effective than light ones, and that opening up a lot was no more harmful than opening up a little. So where’s the science that would justify the heavy lockdowns many public-health officials are still demanding?

With the evidence we now possess, even the most risk-averse and single-minded public-health officials should hesitate before demanding the next lockdown and causing the next economic recession.