Should we really be so worried about our lifestyle? 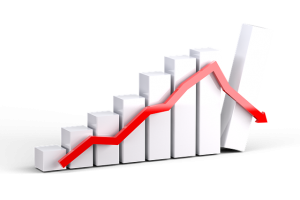 All this organic stuff, non GMO;it is just beyond me , why overload ourselves with all this complicated stuff – no one does it!

I thought it worthwhile to share this article from our friends the growth network..

Have you seen that TV commercial where they ask people (actors) to put a mark on a wall that indicates the age of the oldest person they know?

Life expectancy has been increasing over the last century and it makes us feel good to see this graphical representation of how far we’ve come.

But I’ve been deeply concerned that this upward trend was going to reverse, and it looks like that is now happening.

Let me give you an example:

My friend Teresa (not her real name) is about my age (mid-50’s). Her grandmother recently passed away at 99 years old, just a few months shy of 100.

Teresa’s mom is 76 years old, but not in great shape. The nourishment to keep her alive comes through a feeding tube in her stomach, she can’t remember much, and walking is out of the question. She probably doesn’t have more than a year or two to live, at the most.

And my friend Teresa is also in pretty bad shape. Overweight, losing mobility, some auto-immune issues and probably more she doesn’t know about — and she doesn’t want to know.

No one can say for sure, but I think it is a pretty safe guess that all three women from these three generations will very likely die within a 5- to 10-year period of each other — each one passing at a successively younger age.

Unfortunately, Teresa’s case is fairly common. It has saddened me deeply to have quite a few more examples like this in my extended circle of friends and acquaintances.

After almost a century of increasing life expectancy, the numbers are starting to turn downward.

In recent decades, we have not been taking good care of ourselves.

The National Center for Health Statistics Report Mortality in the United States, 20161) (the latest year for which numbers are currently available) shows that life expectancy in the U.S. in 2016 decreased about a tenth of a year since 2015. This latest report guesses that, on average, you are going to live to be 78.6 years old.

By the way, girlfriends, we can still expect to live about 5 years longer (to 81.1 years) than our menfolk, who are expected to live to 76.1 years old, on average.

A 1-year drop, although extremely rare, isn’t of true concern. But the CDC has reported numbers for both 2015 and 2016 that show your odds of living longer are dropping.

I suppose a 2-year drop isn’t really that disconcerting, either (the last time it happened was in 1962–63).

But what surprises me is how long it’s taken for the stats to show a drop. The level of health of our population has been dropping for decades.

As I was surfing the net researching this topic, I began to notice a very strange thing: almost every article that talked about the 2-year drop explained it away by saying it was due to the number of deaths caused by opioid overdoses.

In the U.S. in 2015, there were approximately 2.7 million deaths from every cause.

Heart disease is the biggie at about 633,842 deaths per year; cancer is at 595,930; and then way below that is chronic lower respiratory diseases at 155,041. (Note that they never mention the number of deaths due to medical errors. I’ll be writing about that soon, but the estimate on that is about 253,000 each year.)

And the number of deaths from opioid overdose? About 20,000. Most of those deaths are by people who are between the ages of 35 and 50.

So how does this small amount of middle-age overdoses account for the drop in longevity?

Now I am not an actuary or a mathematician, but those numbers just don’t add up.

And they don’t pass the common-sense test.

We’ve just jumped off a cliff, so why aren’t we talking about the real problems?

I Predict That Life Expectancy in the U.S. Is Going to Plummet

What I see is not rocket science, nor am I gazing into a crystal ball. It’s simple “rocks are hard and water is wet” kind of logic. Our population is malnourished and overfed, and we are getting sicker much younger.

A while back there was a study (again published by the CDC) that estimated that 1 in 3 children born after 2000 will develop diabetes in their lifetime. Did you know that Type 2 Diabetes used to be called “adult-onset diabetes” because it was only seen in adults, generally over the age of 50 or 60? The name has been dropped now that so many younger people—and kids—are afflicted.

What kind of life will those kids have if they are getting diabetes in their 20’s and 30’s? They will be in the prime of life, at child-bearing age … and they will be dealing with complications from diabetes such as kidney problems, heart disease, blindness, and amputations.

This past November, Dr. Tara Narula spoke about the increase in child-onset Type 2 Diabetes on “CBS This Morning”:2)

“What people don’t really think about with this disease, we see the complications not when kids are 50 or 60—we’re seeing this as early as 5 or 10 years down the road, when kids are now in the prime of their lives. They’re starting jobs, they’re in college, they’re having families—and what’s happening to them? They’re developing end-stage renal disease, leading them to dialysis, heart attack and stroke, neuropathy—big, big problems—retinopathy, blindness.”

Do you really expect that these kids will make it to 60 or 70 years old? And if by some miracle they did, what would their quality of life have been?

Can we quantify how much shorter their lives will be? In 2010, research indicated that diabetes cuts about 8.5 years off the lifespan of the average 50-year-old, compared to a 50-year-old without diabetes.3) The study also showed that the younger you are when you get the disease, the more years get cut off from your life expectancy.

Diabetes Is Only One of the Many Problems

I am not sure if you caught that interview I did with Sally Fallon in the 2016 Home Grown Food Summit. Sally is the founder of the Weston A. Price Foundation. I went off-topic on a rant about how mothers these days are so overprotective. Today’s moms make their kids wear helmets and all kinds of padding just to ride bicycles. We never had any of that kind of stuff when I was a kid.

Sally immediately came to the defense of modern moms. “Marjory,” she said, “kids these days are born with thinner skulls and are much more prone to concussions and skull fractures then we were.” Sally went on to talk about how the modern food supply has paltry levels of calcium, phosphorus, and other minerals necessary for healthy bone and skeletal growth. “Children born these days are much frailer than earlier generations and really do need more protection,” she concluded.

Ignoring the Elephant in the Room

It continues to astonish me how the conventional medical system and the U.S. government are completely blind to the most basic pillar of health: nutrition.

The CDC resorts to excuses like opioid overdose to avoid the truth that the food supply is empty of nutrition and essentially toxic. Meanwhile, the population they are supposed to be protecting is getting sicker and sicker.

Bob Anderson is the chief of the mortality statistics branch at the National Center for Health Statistics (which is part of the CDC). Rather than discussing the real issues and the alarm that the drop in numbers represents, Bob said “I still don’t think you can call it a trend, because you really need more than two data points to call something a trend. But it’s certainly concerning to see this two years in a row.”

What Will Happen Next Year?

It’s obvious to me what is going to happen with the next set of data. The life expectancy will continue to go down.

I’ll be watching the data as it comes out.

And the CDC is already preparing us for more bad news—although they still are insisting on the opioid spin for an explanation.

Bob is quoted as saying, “We have data for almost half of 2017 at this point. It’s still quite provisional, but it suggests that we’re in for another increase” in drug-related deaths, he said. “If we’re not careful, we could end up with declining life expectancy for three years in a row, which we haven’t seen since the Spanish flu, 100 years ago.”

The Saving Grace in This World

There is one really beautiful truth that continues to inspire me and fill me with hope.

You can source what your body needs directly from the Earth. You have choices. You don’t have to depend on your government or large corporations to fulfill your needs. With a combination of your own gardens, working within your community, sourcing from trusted local farmers and healers, you can achieve vibrant longevity.

And, in fact, we need you to do that.

I would love to hear your insights, stories, and comments on this topic! Please express your thoughts below. I read all the comments, and will be doing my best to reply to as many as possible. —Marjory

Marjory Wildcraft is the founder of The [Grow] Network, which is an online community that recognizes the wisdom of “homegrown food on every table.” Marjory has been featured as an expert on sustainable living by National Geographic. She is a speaker at Mother Earth News fairs and a returning guest on Coast to Coast AM. She is the author of several books, but is best-known for her “Grow Your Own Groceries” video series, which is used by more than 300,000 homesteaders, survivalists, universities, and missionary organizations around the world.