(taken from Greenmedinfo.com ,originally from Mercola.com) 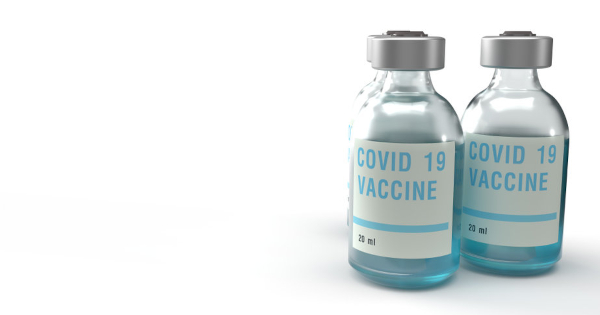 In September 2021, a group called Public Health and Medical Professionals for Transparency (PHMPT) filed a Freedom of Information Act (FOIA) request with the U.S. Food and Drug Administration to obtain the documentation used to approve Comirnaty, including safety and effectiveness data, adverse reaction reports and lists of active and inactive ingredients.

When, after a month, the FDA still had not responded to the FOIA request, the PHMPT sued.1 Pfizer and the FDA asked the judge to give them 75 years to release all the documents (doling out just 500 pages per month)2 but, fortunately, the judge ruled that they have to release them at a rate of 55,000 pages per month.

In mid-November 2021, the FDA released the first 91 pages,3,4 which alone revealed the FDA has been aware of shocking safety issues since April 30, 2021. For nurse educator John Campbell, featured in the video above, these documents appear to have served as a “red pill,”5 waking him up to the possibility that the jabs may be far more dangerous than anyone expected, but he didn’t get around to reviewing them until now.

In his video, Campbell reviews the documents listed as “5.3.6. Postmarketing Experience,” which were originally marked “confidential.” They reveal that, cumulatively, through February 28, 2021, Pfizer received 42,086 adverse event reports, including 1,223 deaths.

As noted by Campbell, “It would have been good to know about this at the time, wouldn’t it?” referring to the rollout of the jabs. Campbell has been fairly consistent in his support of the “safe and effective” vaccine narrative, but “This has just destroyed trust in authority,” he says.

To have 1,223 fatalities and 42,086 reports of injury in the first three months is a significant safety signal, especially when you consider that the 1976 swine flu vaccine was pulled after only 25 deaths.

Campbell is clearly bothered by this redaction, as you cannot calculate the incidence rate or side effects if you don’t know what the denominator is. As noted by Campbell, that number cannot be proprietary. It’s being withheld for some other reason (and I just stated what that might be).

Even without knowing the underreporting factor, Campbell is appalled by the number of reported side effects. It is very clear that this information red-pilled Campbell. For an overview of the types of side effects recorded, check out Campbell’s video. I’ve already reviewed that in previous articles.

Here, we’ll move on to the first really large tranche of Pfizer documents, which was released March 1, 2022. In all, the FDA has some 450,000 pages of data from Pfizer’s COVID jab trials, and we now have just over 10,000 of those pages. You can find them all on PHMPT.org.6

March 7, 2022, investigative journalist Sonia Elijah published a review of her initial findings on Trial Site News,7 having glossed through some of the thousands of newly-released documents.

Her review centers primarily on the case report forms (CRFs). These are documents used in clinical research to record standardized data from each patient, including adverse events. As such, they’re a crucial part of the clinical trial process.

A majority of the CRFs in this release were from Ventavia-run trial sites. Ventavia is currently facing a lawsuit brought by Brook Jackson, a former Ventavia regional director. Jackson was fired shortly after she brought concerns about potential data falsification and poor laboratory management to the attention of the FDA and higher-ups in the company.

Her testimony was published November 2, 2021, in The British Medical Journal — the oldest and most prestigious medical journal in the world — by investigative journalist Paul Thacker.8 Facebook fact checkers actually tried to “debunk” this BMJ article and censored it.

In her review of the CRFs, Elijah found a number of errors and anomalies that seem to corroborate Jackson’s claims, including the following:9

“All the evidence gleaned over a limited time appears to back up whistleblower Jackson’s claims of poor trial site data management and raises questions as to how Ventavia conducted the Pfizer clinical trials.

The errors and anomalies in the CRFs also allude to her claims that the clinical research associates were not trained adequately, with many having had no prior clinical experience history. If such egregious findings are true at these sites, could they manifest at other trial sites around North America and beyond?”

The latest tranche of Pfizer documents also includes a whopping nine pages of recorded side effects — 158,000 in all! The picture below speaks louder than anything I can say about this list. 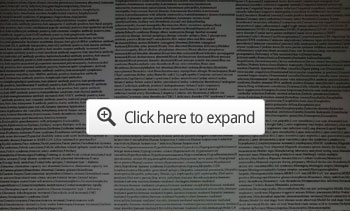 Enormous Gap Between What We’ve Been Told and Reality

The Pfizer documents reveal an enormous gap between what we were told about the jab and what the FDA and Pfizer actually knew about it. In a recent article published by The Defender,11 Dr. Meryl Nass asks, “Pfizer, FDA documents contradict official COVID vaccine safety narrative — Is this fraud?”

As noted by Nass, what we’re told in the media is one thing, and what these documents reveal is another. And, importantly, the content of these documents “tell us what information Pfizer and the FDA are willing to stand by.” They also establish what the legal requirements for emergency use authorization and licensing.

“It may come as a shock, but what the FDA said when it issued both the EUA and the license for Pfizer’s vaccines was very different from what you heard from the Centers for Disease Control and Prevention (CDC), the media and other sources,” Nass writes.12

One glaring example of official recommendations running counter to the data is the CDC’s recommendation to vaccinate during pregnancy. CDC director Dr. Rochelle Walensky has repeatedly assured the public that the jab poses no health risks to pregnant women or their babies. Here’s Walensky in May 2021:

And here she is, in October 2021, still claiming there are no risks.

Similarly, in August 2021, when Comirnaty was licensed, Dr. Anthony Fauci, director of the National Institute of Allergy and Infectious Diseases, confirmed the COVID jab was safe during pregnancy:

How can this be, when as late as December 2021, the FDA and Pfizer claimed there was inadequate information to determine if there are risks in pregnancy? How can Walensky and Fauci make definitive claims about safety when there are no data?

The American College of Obstetricians and Gynecologists (ACOG) also make definitive statements about safety, claiming “Vaccination may occur in any trimester, and emphasis should be on vaccine receipt as soon as possible to maximize maternal and fetal health.”13

What are they basing this on? The absence of data certainly isn’t a solid basis on which to make safety claims. As noted by Nass:14

“… the CDC, in its own Jan. 7 Morbidity and Mortality Weekly Report,15 stated there was insufficient data to make any determination of COVID vaccine safety in the first trimester.

So, while the federal agencies had no reason to believe the vaccine was safe in pregnancy, and made sure their legal documents said so, they nonetheless advertised the vaccine as safe for pregnant women.

Then ACOG, a nonprofit professional organization of obstetricians, not only provided their members with false information on vaccine safety, but furthermore instructed them on the use of propaganda to convince expectant mothers to take the shot.”

She also lists several instances where CDC statements to the public clearly contradict statements on the Comirnaty label. For example:16,17

What Was It All For?

With each passing week, the cracks in the official COVID narrative keep multiplying and widening. It’ll be interesting to see what finally breaks the proverbial dam.

Pfizer CEO Albert Bourla is now out there pushing for a fourth shot,18 saying a second booster will be “necessary for most,” as three shots not only can’t protect against variants, but they rapidly wane in strength. For those same reasons, Americans must expect to get an annual booster each fall.

Under normal circumstances, that should have ripped the wool off of people’s eyes, but the COVID brainwashing has been so successful, many still can’t see just how badly they’ve been lied to. I believe the final salvo that will wake up the masses will either be revelations about harms, or the realization of what the planned social credit system would actually mean for the average American.

According to the U.S. State Department, Alipay is a “tool” used by the CCP in its build-up of “technology-facilitated surveillance and social control” network, also known as a social credit system. The same sort of system is now being rolled out in other parts of the world, including the U.S., so it’s interesting to note Pfizer’s involvement with that early digital vaccine passport initiative.

Mid-March 2022, Bourla gave an interview with Washington Post Live (above), admitting the decision to use mRNA technology in the creation of a COVID “vaccine” was “counterintuitive,” as Pfizer has “good experience” with several other vaccine technologies, but only two years’ worth of experience with mRNA, which had never been used in a commercially available medicine before.

In the end, Bourla may come to regret that decision, as it has turned out to be an incredibly lethal one. Although I guess it will depend on whether he’s ever held to account for those choices.

Dr. Mercola is the founder of the world’s most visited natural health web site, Mercola.com, a NY Times best-selling author, and a thought leader in the field of alternative and integrative health. Read his full biography on his website.