Is our Medical Establishment better or worse due to modern “miracle drugs”? 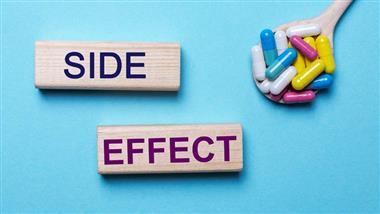 Research published July 4, 2022, online revealed some shocking statistics about the dramatic rise in adverse drug reactions in the U.K.1 Many of these adverse reactions were related to the number of prescriptions prescribed to the individuals.

Another name for overprescribing medications is “polypharmacy.” The issue has been snowballing in the last decade as Big Pharma continues to develop new drugs. The stated intent is the hope of lengthening life through chemistry, but the goal is growing revenue.

If the goal were better health, the initial recommendation would be lifestyle changes that support health, and the secondary or tertiary step would be prescribing medications. But that isn’t what always happens. Instead, the first step is often skipped and providers simply prescribe drugs for a condition, sometimes with multiple prescriptions.

When a patient ends up taking more than one prescription, it’s called polypharmacy, a term that is often used, but the definitions vary.2 According to one article the term polypharmacy “was used over one and a half centuries ago to refer to issues related to multiple-drug consumption and excessive use of drugs.”3

No matter when the term originated, it is commonly accepted that polypharmacy is the prescription of too many medications. According to the Centers for Disease Control and Prevention, “Polypharmacy, often defined as the simultaneous use of five or more prescription drugs, is more common in an aging population where multiple coexisting chronic conditions often occur.”4

The use of multiple prescriptions is almost always to treat several chronic conditions at the same time. Yet, this causes side effects, can trigger additional health concerns and even lead to death. The results from the featured study demonstrate the depth of the need for deprescribing to affect a real change in people’s health.

The data for this study5 came from two physicians who did chart reviews of hospitalized patients over a one-month period. This prospective observational study was published by researchers at the University of Liverpool and Bangor University. They reviewed data from 1,187 patient charts admitted to Liverpool University Hospitals.

The results were an update of the original study published in 2004 that showed 6.5% of hospital admissions were the result of an adverse drug reaction.6 In the current study, the reviewers recorded the number of admissions that were due to an adverse drug reaction when patients stayed for more than 24 hours. The outcome measures were mortality, multimorbidity and polypharmacy.

They also estimated the projected cost to the National Health Service (NHS) in England. The reviewers identified 218 admissions triggered by an adverse drug event, which indicated an 18.4% prevalence.7 Of these 90.4% of the admissions were a direct result of an adverse event.

The drugs that were more commonly found to produce drug reactions associated with hospitalization included steroid inhalers, proton pump inhibitors, antihypertensives, diuretics, anticoagulants and antiplatelets and chemotherapeutic agents. Of the 218 patients admitted for treatment of an adverse drug reaction, the physician reviewers believed 40.4% were avoidable or possibly avoidable. The average length of stay for these patients was six days.

The researchers believe these events place “a significant burden on patients and healthcare services with associated financial implications.”8 They concluded that “reducing inappropriate polypharmacy should be a major aim”9 to prevent adverse events.

Rostam Osanlou, a specialist registrar in clinical pharmacology, said: “Our work suggests adverse drug reactions place a significant burden on patients and hospital admissions. This has a large associated cost to the NHS (over £2 billion per year [$2.45 billion]) and further efforts in this area could both improve patient care and save money for the NHS.”10

Health Affairs calls overprescribing and polypharmacy “America’s other drug problem.”11 According to the CDC,12 45.8% of the people surveyed from 2015 to 2016 claim they used one or more prescription drugs in the last 30 days. The CDC13 records a similar number in the time span from 2015 to 2018 when 48.6% said they used at least one prescription drug in the last 30 days.

These numbers have a staggering impact on patients, especially in light of how drugs may also adversely react with the COVID jab and the resulting spike protein production in the body. Unfortunately, while medication overprescribing has caused widespread harm, it remains nearly invisible to many public health leaders, clinicians and policymakers.

Age is also a contributing factor. In 2017, U.S. Pharmacist16 wrote that people over the age of 65 made up 13% of the population but used 30% of all prescribed medications. By their definition, polypharmacy is only problematic “when the reason for the medication is unclear, when medication is taken to treat side effects of other drugs, when dosing and timing are complicated, and when medications interact with each other.”17

Data from the U.S. show that the most common multidrug combinations are to treat metabolic syndrome.18 In 2019, data19 showed 83.6% of adults aged 60 to 79 used one or more prescriptions as compared to 59.5% of those aged 40 to 59. In August 2021, the National Institutes on Aging20 wrote that they were grappling with the problem of treating people with multiple chronic conditions and still trying to determine the best approach for treatment and improving quality of life.

One study21 published in August 2021, proposed an expanded role for pharmacists in “medication therapy management and safety monitoring” based on their data that showed polypharmacy in 65.1% of the population using data from the CDC’s National Ambulatory Medical Care Survey from 2009 to 2016.

Children Are Not Immune From Overprescribing

While many of the elderly are taking multiple medications, the effects can be felt as far back as before babies are born. One study22 published in The BMJ in 2013 found that exposure to SSRIs and non-selective monoamine reuptake inhibitors (tricyclic antidepressants) in utero increased a child’s “risk of autism spectrum disorders, particularly without intellectual disability.”23

In 2014, the New York Times24 reported that data from the CDC showed 10,000 toddlers between the ages of 2 to 3 years old were medicated for attention deficit hyperactivity disorder (ADHD). The medication was given outside established guidelines for the pediatric population.

While these numbers are significant, they are dwarfed by 2014 data from the Citizens Commission on Human Rights,25 which showed in 2014 that hundreds of thousands of toddlers were prescribed psychiatric drugs and more than 274,000 children from birth to 1 year old were included in that mix. According to their figures, the numbers of children aged birth to 1 year old on these types of medications were:26

In the 2- to 3-year-old age group, the Commission found 318,997 were on antianxiety drugs, 46,102 on antidepressants and 3,760 on antipsychotics. These shocking figures challenge logic. How and why are so many children and even babies, on addictive and dangerous mind-altering medications? This surely is overprescribing even in the strictest sense.

The history of pharmaceutical intervention and polypharmacy dates back to the start of “modern medicine” and the “father” of it all — Abraham Flexner,27 who was a schoolteacher and educational theorist from Louisville Kentucky.28 The 1910 Flexner Report shaped the development of medical schools and effectively eliminated any practice that the current science or medical community could not explain. This included most traditional medicine practices.

The report was issued by the Carnegie Foundation29 at a time when there were 155 medical schools in the U.S. Flexner visited all in cooperation with leading members of the American Medical Association. The report was written to establish guidelines that sanctioned orthodox schools and condemned homeopathic medical schools.30

For example,31 during the 1849 cholera epidemic in Cincinnati, homeopaths were so successful that they published a list of those who were cured and those who died. Only 3% of their patient population died while between 48% to 60% of those under orthodox medical treatment died.

The results of Cincinnati Homeopaths were so successful that they were likely an embarrassment to traditional medical practitioners. The Flexner Report proposed a total restructure of medical education, which especially impacted schools teaching alternative medicine or that graduated predominantly black doctors.

After successfully using the Flexner Report to remove traditional medicine practices from medical schools, John D. Rockefeller32 secured a monopoly using a smear campaign to discredit and demonize homeopathy and natural medicine. Doctors were jailed and some lost their licenses using treatments that had been effective for decades. Students were taught a system of medicine that was defined by a process of prescribing drugs.

Six years before the Carnegie Institution released the Flexner Report and forced changes on medical schools throughout the country, they opened the Station for Experimental Evolution (SEE)33 in Cold Spring Harbor, New York. The purpose was to study heredity and evolution, as it fine-tuned the research focus on eugenics.

According to the current definition by the NIH, “Eugenics is an immoral and pseudoscientific theory that claims it is possible to perfect people and groups through genetics.”34 While the company claims it closed down its eugenics research operation, the SEE eventually merged to become the Cold Spring Harbor Laboratory with focus on the emergence of molecular genetics and the “scientific foundation of the revolution in biology and biotechnology.”

The push for pharmaceutical intervention versus using holistic medicine that stresses lifestyle, nutrition, exercise and sleep interventions may have lined the pockets of the elite, but it hasn’t lived up to the promise of better health. The financial growth experienced by the pharmaceutical industry has also been a large contributor to polypharmacy as physician training has been highly influenced by donation dollars.

The creation of Big Pharma began after the release of the Flexner Report, when Rockefeller and the Carnegie Foundation came to realize the power behind monopolizing medicine and funneling treatment modalities away from the source of the health condition to focus solely on symptoms. By pushing pills to alleviate a symptom, they could create side effects from the drugs that often lead to more prescription medications.

According to the Commonwealth Fund,37 the country that birthed modern medicine — none other than the United States — also spends more per capita on prescription drugs than any other high-income country. The high cost of polypharmacy is both financial and in quality of life. These signals may show that you are overprescribed medication:38

You can take steps to reduce the number of medications you or a loved one may be taking, and thus reduce the potential of an adverse drug reaction. Begin by making a list of your current health conditions and all the medications you are taking, including over-the-counter drugs.

Review this list with your primary care provider at least once a year and before you are discharged from a hospital or rehabilitation facility.

While you might think this would be standard practice, it is not. In a commentary on Medscape, Dr. Mark Williams writes of his patient “Allison” who was admitted to the hospital for altered mental status, likely related to polypharmacy, and discharged to long-term care with “43 prescription medications and an almost equal number of over-the-counter (OTC) drugs.”39

Consider creating a chart with a list of the drugs you are taking, who prescribed them and when, why you are taking them and any side effects from the medication you may be experiencing. It is also important to use one pharmacy for all your prescription medications. The pharmacist can quickly determine if there are any expected drug interactions between medications you may be prescribed by several doctors.

Each time a new medication is prescribed, take care to read the insert and check online resources for expected side effects. The bottom line is that you may not need all the medications you’ve been prescribed to manage your health conditions.

Overprescribing sets up older adults for a downward spiral of increasing side effects and worsening health. A holistic approach is needed to address the key tenets of good health and create real wellness instead of attempting to cover up symptoms with more pills.