This article ,at mercola.com in the Age of Misinformation, we found extremely significant 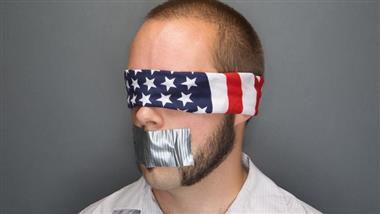 “Misinformation is much more destructive when it emanates from a monopolistic ‘Ministry of Truth,’” Hannah Cox, content manager for Foundation for Economic Education, writes in a July 25, 2021, article.1

“[Anthony] Fauci can’t get his own facts straight, yet the government wants to decide what’s ‘misinformation’ on social media,” she adds, pointing to National Institute of Allergy and Infectious Diseases (NIAID) director Fauci’s testimony during a recent Congressional committee hearing in which Sen. Rand Paul, R-Ky., questioned him about his funding of gain-of-function research on coronaviruses. Cox writes:2

“In his opening statement, Paul referenced an academic paper3 that further calls into question the origins of the COVID-19 variant that upended the world.

‘We hypothesize that the direct progenitor of SARS-CoV may have originated after sequential recombination events between the precursors of these SARSr-CoVs,’ stated the numerous scientists and doctors who authored the research.

The data is the latest in a long line of evidence that has emerged indicating the viability of the theory that the disease not only came from a lab, but that the NIH actually funded the laboratory and research that may have produced it.

But in a May hearing, when originally pressed on it by Dr. Paul, Fauci denied that his agency funded gain-of-function research at the Wuhan Institute of Virology (WIV).

Those statements were brought into doubt. The NIH did fund research at WIV that analyzed bat specimens collected from caves in China to study their potential for infecting humans. The grant was made in a roundabout way through a nonprofit called EcoHealth.”

When pressed, Fauci insisted he has never lied before Congress, and would not retract his May 11, 2021, statement in which he claimed the NIH has “never funded gain-of-function research.” According to Fauci, the PLOS Pathogens paper4 Paul introduced as evidence has been “judged by qualified staff, up and down the chain, as not being gain-of-function.”

“It appears that instead of arguing the actual data, Fauci is now resorting to semantics around the definition of ‘gain-of-function,’” Cox writes,5 “but even to a scientific layman it is becoming increasingly clear that Fauci misled the American public for some time on this matter. He knew he authorized the funding and was not forthcoming on that fact — even when asked by a sitting Senator.”

Paul appears none too impressed with the semantics defense and has publicly called Fauci out as a liar. In a July 20, 2021, tweet, Paul said,6 “Yes, Dr. Fauci’s NIH did fund the Wuhan Virology Lab. Here’s the verbatim admission from their chief scientist Dr. Shi Zhengli.”

In a follow-up tweet on that same day, Paul stated:7

“MIT biologist Kevin Esvelt reviewed this paper that was published with financial assistance from Dr. Fauci’s NIH/NIAID and concluded ‘certain techniques that the researchers used seemed to meet the definition of gain-of-function.’”

July 20, 2021, Paul went on the Hannity program,8 announcing he “will be sending a letter to Department of Justice asking for a criminal referral because he [Fauci] has lied to Congress,” a felony punishable by up to five years in prison, adding “We have scientists that were lined up by the dozens to say that the research he was funding was gain-of-function.” A month earlier, May 12, 2021, Paul made the same argument, telling Fox News:9

“What Dr. Fauci said yesterday was verifiably false. He said no NIH money went to the Wuhan Institute for gain of function. Well, the main doctor there, the one they call … the bat woman … wrote a paper that MIT scientists have looked at that they said was gain of function — meaning juicing up these viruses to make them very potent and infect humans.

She wrote this paper and, in the paper, acknowledged her funding came from Dr. Fauci’s group, the NIAID, which is part of NIH. So, he is verifiably telling you something that is not true. In the grant application … it says it is for gain of function … So, Dr. Fauci came to Congress yesterday and lied.”

The next day, only two remained: EcoHealth Alliance and the University of Alabama.12 At the same time, the WIV also deleted studies with hallmark descriptions of gain-of-function research on the SARS virus.13

According to investigative journalist Ben Swann,14 the NIH/NIAID has funded gain-of-function research to the tune of at least $41.7 million. Up until 2014, this research was conducted by Dr. Ralph Baric at the University of North Carolina (UNC). In 2014, the U.S. government issued a moratorium on federal gain-of-function research funding due to safety, ethical and moral concerns raised within the scientific community.

At that point, NIAID funding for this kind of research started being funneled through the EcoHealth Alliance to the WIV. Swann reviews documents he believes prove that Fauci lied to Congress, including a paper15 titled “SARS-Like WIV1-CoV Poised for Human Emergence,” submitted to PNAS in 2015 and subsequently published in 2016. In this paper, the authors state that:

“Overall, the results from these studies highlight the utility of a platform that leverages metagenomics findings and reverse genetics to identify prepandemic threats.

At the end of that paper, the authors thank “Dr. Zhengli-Li Shi of the Wuhan Institute of Virology for access to bat CoV sequences and plasmid of WIV1-CoV spike protein.” They also specify that the research was supported by the NIAID under the grant awards U19AI109761 and U19AI107810, which together total $41.7 million.

A letter16,17 from the Department of Health and Human Services (DHHS) to the director of proposals at UNC Chapel Hill, discussing grant U19AI107810, also puts a kink in Fauci’s attempt to change the definition of gain-of-function, and stands in direct challenge to his claim that the NIAID has never funded gain-of-function research, and that Baric’s research never involved gain-of-function. The October 21, 2014, letter states, in part:

“NIAID has determined that the above referenced grant may include Gain of Function (GoF) research that is subject to the recently-announced U.S. Government funding pause …

‘Fauci Found It Appropriate to Lie’

“This would certainly not be the first time Fauci has been caught giving the American people false information,” Cox writes.18 “From the very beginning of the crisis, Fauci found it appropriate to lie to the people and control valuable information around the pandemic.”

She goes on to highlight Fauci’s ever-changing opinion about mask wearing. Scientific evidence shows face masks do not prevent viral illnesses.19 This includes COVID-19-specific research20,21 from Denmark, which found that mask wearing may either reduce your risk of SARS-CoV-2 infection by as much as 46%, or increase your risk by 23%. Either way, the vast majority — 97.9% of those who didn’t wear masks, and 98.2% of those who did — remained infection free.

Among mask wearers, 1.8% ended up testing positive for SARS-CoV-2, compared to 2.1% among controls. When they removed those who did not adhere to the recommendations for use, the results remained the same — 1.8%, which suggests adherence makes no difference. Among those who reported wearing their face mask “exactly as instructed,” 2% tested positive for SARS-CoV-2 compared to 2.1% of the controls.