We have heard and suspected for some time that the growing immersion in electrical appliances , wireless and more can’t be 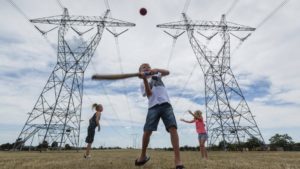 Growing up with emf

beneficial , but until we viewed the emf healthsummit we could not actually appreciate the mounting  dangers we are facing , according to so many scientists and health leaders.So we have tried to organize  some ‘takeaways’ and solutions (at least for ourselves personally) .

I hope our readers benefit , and we ,ourselves will be trying to put these recommendations into practice.

If you think this is overly stated , check this out ………

What Experts Have to Say

In 2007 and again in 2012, a group of international scientists and public health professionals jointly published the BIOINITIATIVE REPORT in an effort to alert the public to possible risks of technologies that emit electromagnetic radiation (EMR). The report cites thousands of scientific studies that associate low-level exposures to radio frequency radiation, microwave radiation, and other forms of electro-pollution with dozens of diseases and biological effects in humans, including cancer, Alzheimer’s, ALS (Lou Gehrig’s disease), autism, male infertility, miscarriage, insomnia, allergic and inflammatory responses, heart palpitations and arrhythmias, memory loss, concentration/attention issues, and more.

Experts studying the connections between electropollution and health believe that much more protective safety standards related to EMR emissions are necessary. They also believe that individuals should take a proactive role in reducing their exposure to all types of potentially harmful electromagnetic energy.

People in modern cities are exposed to levels of EMR millions of times higher than, and fundamentally different from, the natural background radiation. The dramatic change in our electromagnetic environment has serious implications for human health.

As quoted by Martin Blank in Overpowered

Humans “did not evolve as biological organisms to live in this type of world, and we continue to alter the electromagnetic profile of the planet at a rate faster than life can evolve to adapt and cope with these changes. The result is genetic mutation, biological dysfunction, and disease.”