We saw this article and think it is an excellent statement………….

Pasteur Was Wrong. “It’s Not The Seed. It’s The Soil”

Conventional Western medicine is based upon the tenets of germ the theory. It’s the basis for the use of antibiotics and vaccines. The germ theory states that certain diseases are caused by the invasion of the body by microorganisms (seeds), organisms too small to be seen except through a microscope.

The French chemist and microbiologist Louis Pasteur (1822-1895) is given much of the credit for development and acceptance of the theory.

The germ theory was partly shaped around Pasteur’s idea that the human body is sterile and devoid of any germs. According to the germ theory there are fixed, external germs, which invade the body and are the direct cause of a variety of separate and definable diseases.

However, there is another theory called the terrain theory, which believes that it is not the “germ” that determines disease, but rather, the state of our internal health (the host). 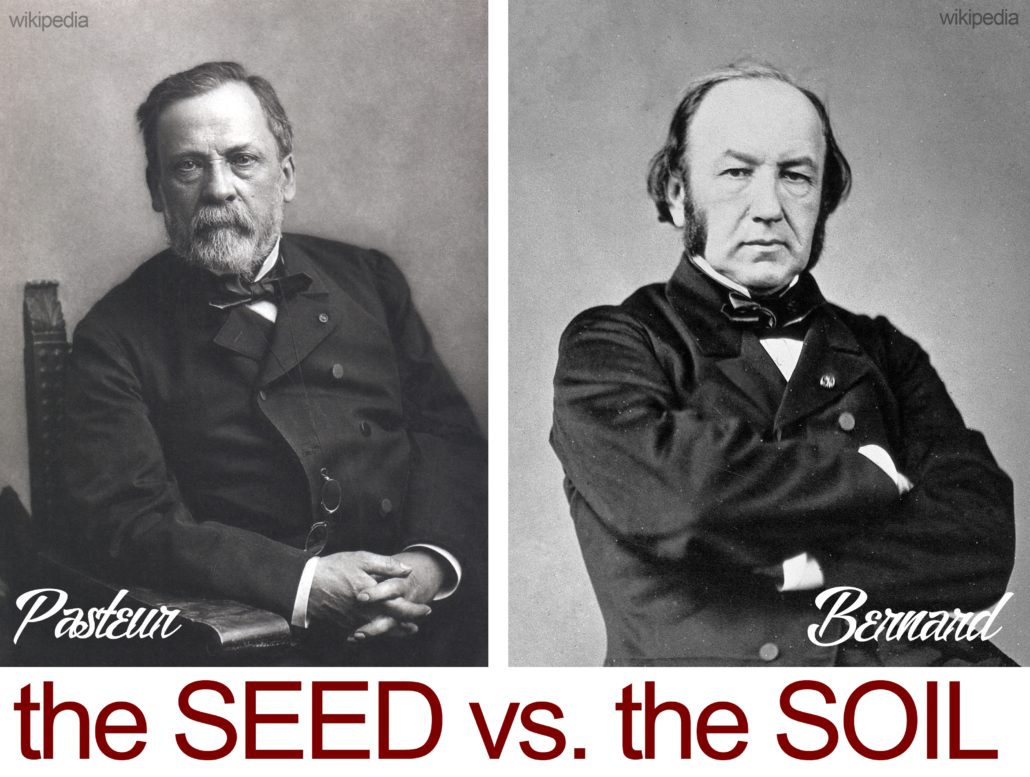 What If Pasteur Was Wrong?

Pasteur’s friend, the physiologist Claude Bernard (1813-1878), argued instead for the importance of balance in the body’s internal environment – what he called le milieu intérieur“ or terrain theory.

The terrain theory initiated by Claude Bernard and later built upon by Antoine Bechamp (1816-1908), claimed there was a healthy terrain which could handle various pathogenic (disease causing) microorganisms that were encountered. Béchamp’s research revealed that our bodies are, in effect, are “mini ecosystems.”

When an individual’s internal ecosystem becomes weakened (dis-ease)—whether due to poor nutrition, toxicity, stress, trauma, or other factors—it changes the function of the microbes that are naturally present in the body, producing disease.

In other words, microorganisms only become pathogenic (cause of disease) after the host’s cellular “terrain” has been compromised.

The renowned 20th century French-American microbiologist René Dubos (1901-1982) agreed with Bernard’s terrain principle: “Most microbial diseases are caused by organisms present in the body of a normal individual. They become the cause of disease when a disturbance arises which upsets the equilibrium of the body.”

Modern research validates the terrain theory with numerous studies showing how a healthy terrain can repel certain disease processes, including viruses, bacteria, and even ulcers.

For instance, consider the study In Science, which looked into immune responses to Heliobacter –a germ/pathogen, strongly associated with ulcers, chronic gastritis, stomach cancer, and other gut issues. 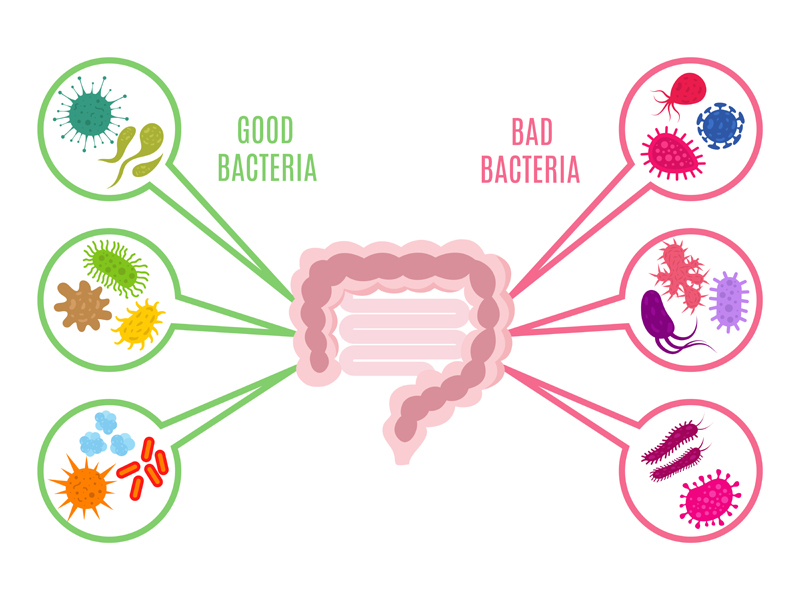 The researchers looked at what happened to mice when samples of the bacteria were introduced into their guts under differing conditions. They found that introducing it into healthy mice raised in a nearly germ-free environment, caused no harm.

But when the same type of bacteria was introduced to the gut of an unhealthy mouse with colitis (inflammation of the colon), it caused an immune threat response by causing the gut inflammation to even become worse.

Humans are mostly microbes/germs, over 100 trillion of them. These viruses, bacteria, and other microbes outnumber our human cells ten to one. The majority of these microbes live in our gut, particularly in the large intestine. The bacteria in the microbiome help digest our food, regulate our immune system, protect against other bacteria that cause disease, and produce vitamins including B vitamins B12, thiamine and riboflavin, and other needed vitamins. The microbiome is essential for human development, immunity and nutrition. The bacteria living in and on us are not invaders but beneficial colonizers.

Researchers who study the microbiome point out that under optimal circumstances, exposure to microorganisms educates the immune system “from the moment we are born”—and that “correct microbial-based education of immune cells may be critical in preventing the development of autoimmune diseases and cancer.

Diminished microorganism diversity in the gut has been associated with a variety of conditions including “allergies, diabetes, obesity, arthritis, inflammatory bowel diseases and mood disorders.

The presence of germs does not constitute the presence of a disease. Germs or bacteria have no influence, whatsoever, on live cells. They are not the cause of the disease, any more than rats, flies and maggots cause garbage. Flies, maggots, and rats do not cause garbage but rather feed on it. You normally don’t find rates in a clean environment. However, rats are common in garbage-plagued areas.

Rudolf Virchow, father of the germ theory, stated in his later years, “If I could live my life over again, I would devote it to proving that germs seek their natural habitat–diseased tissues–rather than causing disease.”

We do not catch diseases. We do however, invite them through our choices in what we eat, drink, and think, our daily habits, and lifestyle. These choices, day in, day out year after year, create our internal environment and the state of our health! Healthy choices typically are rewarded with a healthier terrain. Poor health choices, over time, create the environment for disease. 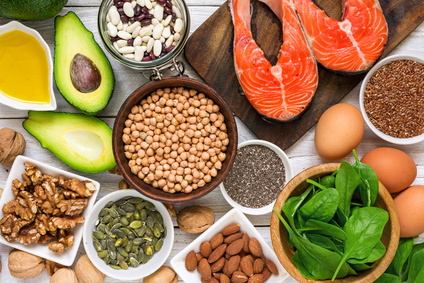 But rather than blaming the germ, functional medicine focuses on the underlying health of the host or their terrain.

The goal of functional medicine is to optimize and restore balance to the body’s own self-healing mechanisms to prevent or overcome disease.

God Gave The Ability To Be Self Healing Dynamos

Humans are born with an innate, inborn healing system. We don’t have to think about mending a broken bone, healing a cut finger or fighting off a virus.

Our body is equipped with the chemicals and genetic instructions needed to stay healthy. Genetics, environment, emotions, stress, diet, daily habits, and lifestyle all play a role in determining the state of our health. But the healthier our terrain, the less likely we will be vulnerable and attract disease.

What do you need to do to have a healthy terrain?

The BEST thing you can do to reduce your risk of COVID-19 infection is to avoid coming in contactSelf quarantine. And practice super vigilant hygiene-frequently wash your hands any time you go out in public. See past blogs for a full list of preventative measures. with it in the first place.

Please know that stress can compromise your immune system and sabotage your terrain.

Second, on the list is to remain calm. Don’t stress out, it will only lead to more stress and a weakened immune system. Meditate, pray, do easy stretches and exercise daily. Turn off the news and watch a funny movie or “oldie.” 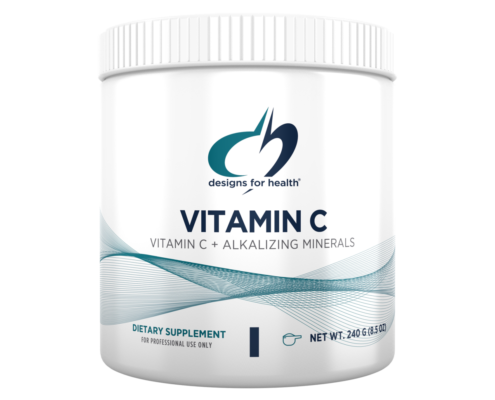 As my southern mother used to say “this too shall pass.”

And if you want to boost your immune system or be prepared if you do get infected, read more about the natural supplements I’m recommending for my patients (see below).

A strong immune system and healthy body is your best defense against COVID-19 or any illness.

By the way its said that Pasteur renounced his germ theory on his death-bed, saying that “Bernard is right. The microbe is nothing. The environment is everything.”

If you want to boost your immune system, –> here are the supplements I recommend